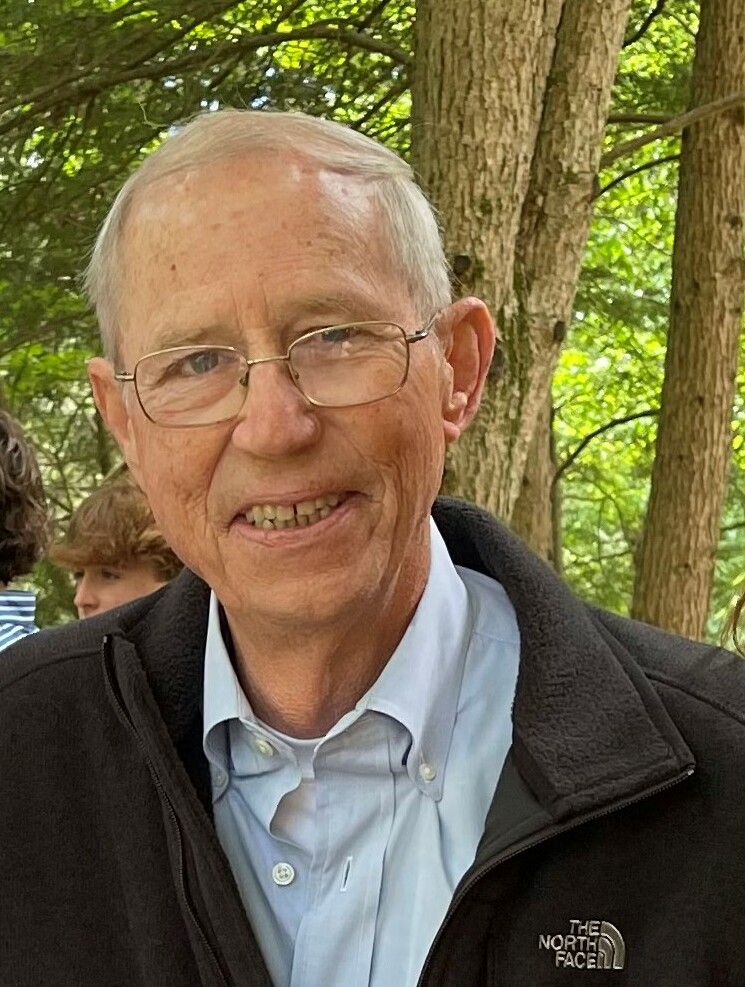 Please share a memory of Edward "Ned" to include in a keepsake book for family and friends.
View Tribute Book
Luke 23:43 - And He said to him, " truly, I say to you, today you will be with me in paradise." On Thursday, December 9, Edward Franklin Wheland, II (Ned), passed away peacefully at his Lookout Mountain home. Although this unimaginable loss was an utter shock to family and close friends, this was no surprise to our Lord and Savior, Jesus Christ, who had already prepared a place for his beloved son, Ned. Ned was born on September 21, 1945, in Chattanooga, Tennessee. He had the pleasure of growing up on Lookout Mountain, across the street from his grandparents that still lived in the home his mother, Frances Little Wheland grew up in. Ned attended The Bright School and was a third generation graduate of Baylor School in 1963. After graduating from Baylor, Ned attended the University of Tennessee at Knoxville where he was a member of Sigma Alpha Epsilon Fraternity. Ned went on to serve in the Air Force as a Morse Systems and Radio Operator from 1966 to 1972. In 1974, Ned graduated from the University of Tennessee, Chattanooga with a Bachelors degree in Business and Finance. Ned went on to serve as Senior Vice Presidents for both Hamilton National Bank of Chattanooga, presently First Horizon; and Central Bank of Shreveport, Louisiana. Ned was always up for a good laugh, some loud, quality music, and throwing food on the grill. He rarely missed a chance to cheer on the Tennessee Vols, stream all Baylor sporting events or take you up on a competitive and friendly round of golf. Known in the past for his love of an ice cold Miller Lite, most recently Ned was happiest sipping on green tea or a Busch NA and discussing sentimental memories or the time he was spending with his children and grandchildren; the true highlight of his life. Ned is preceded in death by his parents, Charles Windsor Wheland, Sr. (Charlie) and Frances Elizabeth Little Wheland; his grandparents, Charles Davis Little and Mae Summerford Little; and Edward Franklin Wheland, Sr. and Minnie Newman Wheland. Ned is survived by his adoring daughters, Julie (Carter) Garrett and Windie (Hastings) McGinness; his grandchildren Logan, Emrick, Carter, Jr., Davis, and Mae Thomas Garrett, and Charlotte and Ella Hastings McGinness; his beloved dog, Murphy: sister, Charlotte (Joel) Fortune, and brother, Charlie Wheland, Jr., and his two nephews, Windsor Barringer and Charlie Wheland, II. A funeral service will be held on Monday, December 13, 2021 at 1:00 p.m. at Our Lady of the Mount Catholic Church, 1227 Scenic Highway. Lookout Mtn, GA. Visitation will precede the service at the church from 12:00-1:00 in Father Schuler Hall. Carter Garrett, Sr., Hastings McGinness, Carter Garrett, Jr., Davis Garrett, Windsor Barringer, and Joel Fortune will serve as pallbearers. Interment will follow in Forest Hills Cemetery with military honors being observed. In lieu of flowers, donations may be made in memory of Ned Wheland to "The Baylor School". a place where Ned once said he'd left childhood footprints behind, while the experience and lessons learned lived deep within his heart. Donations may be made at http://baylorschool.org Isaiah 30:21: whether you turn to the right or the left, your ears will hear a voice behind you, saying, "This is the way; walk in it." Arrangements are by Wann Funeral & Cremation Center at the foot of historic Lookout Mountain, St. Elmo. (423) 821-7551. To share memories, photos or condolences please visit www.wannfuneralhome.com.
To send flowers to the family or plant a tree in memory of Edward "Ned" Wheland, II, please visit Tribute Store
Monday
13
December

Look inside to read what others have shared
Family and friends are coming together online to create a special keepsake. Every memory left on the online obituary will be automatically included in this book.
View Tribute Book
Share Your Memory of
Edward "Ned"
Upload Your Memory View All Memories
Be the first to upload a memory!
Share A Memory
Send Flowers
Plant a Tree