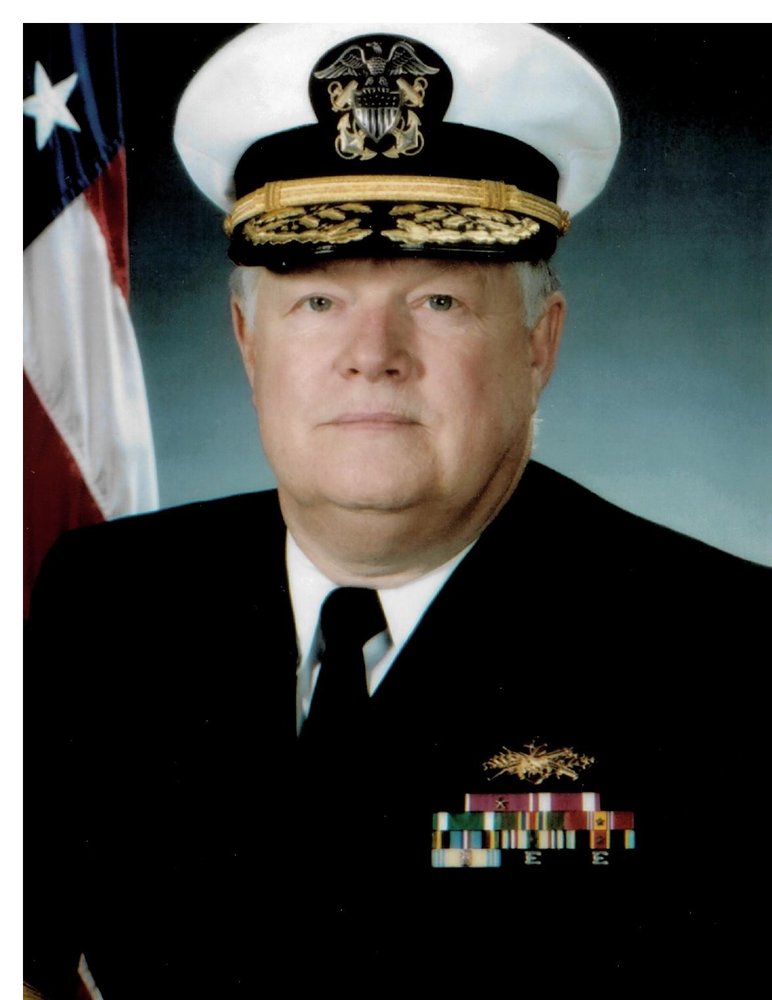 He graduated from the Bright School in 1953, the McCallie School in 1959 and the University of North Carolina (Chapel Hill) in 1963 with a Bachelor of Arts degree and a commission through the NROTC (Supply Option) Program.  Upon graduation from the Navy Supply Corps School in November 1963, he served on the USS PAWCATUCK (AO-108) as Assistant Supply Officer.

Upon release from active duty in Decemeber of 1965, Rear Admiral Crates returned home and joined SIMCO Leather Company (later Crates Leather), as Executive Vice President working as a team with his brother Daniel for the family business until his retirement in 1992.  At this point he became involved in many civic volunteer acitivities.  Rear Admiral Crates has been recalled to temporary active duty four times including Operations Desert Sheild and Desert Storm where he served as Deputy Commander, Navy Cargo Handling Force.  He has attended Harvard University's National Security Program at the John F. Kennedy School of Government, the Naval War College Junior Command and Staff Course and the Army War College Senior Reserve Officer Course.  He was selected for flag rank in 1992 and was promoted to Rear Admiral (Upper Half) in 1996.  Rear Admiral Crates retired from the Naval Reserve on April 1, 2000 after 38 years of distinquished Naval Service.

Rear Admiral Crates also served as a member of the Secretary of the Navy's National Naval Reserve Policy Board from 1994 to 1997.  Rear Admiral Crates has been awarded the Legion of Merit (with three gold stars), Meritorious Service Medal, Navy Commendation Medal as well as other service awards.

Some of his many civic activities include:  Past Chairman , East Chattanooga Council of the Chamber of Commerce, Past Vice-President and Board Member of the Hosanna Community of Chattanooga, a home for the physically challenged; Past Secretary, Treasurer and Board Member of the In-As-Much Mission of St. Paul's Episcopal Church as well as numerous other civic acitivties within the city of Chattanooga.  He was selected for a McCallie School Alumni Achievement Award in 2004.