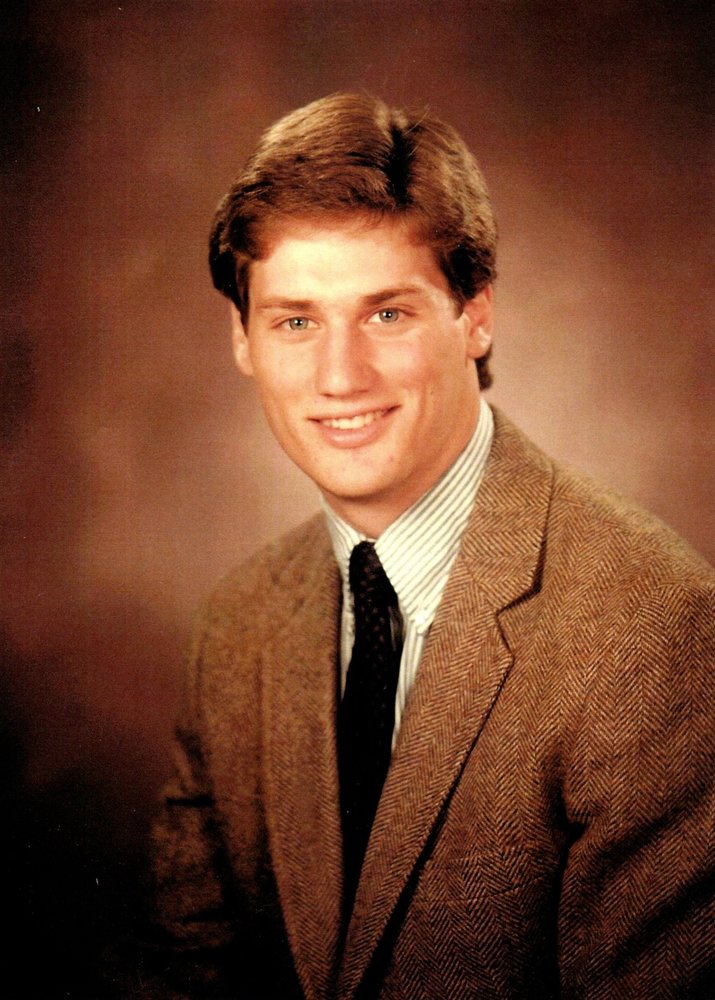 Richard (“Dick”) Henry Lindeman, Sr., child of God, finished his earthly race and went home to be with his Lord and Savior on March 4, 2019.

Born November 11, 1961 in Atlanta, Dick was the oldest of four sons born to Martha Griffin and Lee Lindeman. He grew up in Atlanta and attended the Westminster Schools, where he graduated in 1980. While at Westminster, Dick excelled both in the classroom and on the field. A naturally gifted athlete, he was the starting quarterback on the Varsity Football team, as well as a standout player on the Varsity Basketball and Baseball teams.

He continued his education and athletic prowess at Rhodes College in Memphis, TN, where he played on the school’s football, basketball and baseball teams. His achievements both on and off the field earned him the honor of being inducted into the Rhodes College Athletic Hall of Fame 2014, where he was recognized for his “leadership, character, humility and influence on others by how he lived his life.”

It was while in college that he met his future wife, Charlotte Craig. After a four-year courtship, the two were married in 1987 and began their life together in Atlanta, where Richard was working at C&S Bank in the Private Banking department. He later joined his alma mater, The Westminster Schools, as their Assistant Director of Admissions and Assistant Director of Development. While in that role, Dick was instrumental in starting a Marketing department for the school and later became the Marketing Director. He always looked back on his seven years working for Westminster as some of his fondest memories.

A year into their marriage, Dick woke up one morning and complained of a strange numbness and tingling sensation in his feet. Over the course of a few days, that numbness continued to spread to the rest of his body and marked the initial onset of Multiple Sclerosis (MS). After a bout of optic neuritis that caused him to lose sight in one eye, he was officially diagnosed with the chronic, neurological disease. The eternal optimist, Dick was determined not to let the disease define or defeat him. Instead, he rose to the challenge and chose to charge ahead in living his life to the fullest.

Dick and Charlotte began their family while Dick was working at Westminster and were thrilled to welcome first a son, Richard, Jr., in 1991; followed by a daughter, Ashley, in 1993; and finally another son, Charlie, in 1995. The family moved to Northeast Georgia in the early 90s for Dick to launch a new career in the corrugated packing industry. In 1997, Dick was recruited by a national corrugated company, Concept Packaging Group, to manage their new office in Chattanooga, Tennessee. Dick and Charlotte settled on Lookout Mountain, where they raised their three children and have been living ever since.

As his health progressively declined through the years, Dick ultimately had to leave his professional employment in 2005, and decided to dedicate the rest of his life to serving the Lord. He was faithful to that calling ever since, and has inspired and impacted countless others through his witness of the Gospel. In addition to be an active member and deacon of Lookout Mountain Presbyterian Church, Dick especially wanted to reach young people with the message of finding one’s identity, first and foremost, not in what they do, but who they are as a child of God. He and some of his closest friends spoke to youth groups at churches and schools throughout the area, delivering that message of love and hope. One of his greatest honors was delivering the commencement address for the fifth grade class at the Atlanta Youth Academy, a school for underprivileged youth in the metro Atlanta area. Dick also spread his message of Christ’s love and hope through a regular email devotion distribution that reached thousands. Toward the end of his life, though he had very limited physical ability, he continued to find purpose in praying for others and considered it a privilege to share the Gospel whenever and however he could.

Aside from Kingdom work, Dick’s greatest priority was his family, whom he cherished and loved so well. He is preceded in death by his Grandparents Ingram and Sylvia Dickinson; Stepfather, Albert Griffin; and his Parents-in-Law, Charles and Nannette Craig. He is survived by his mother, father, wife, children, son-in-law William Kent, and siblings Kenneth (Margaret) Lindeman of Gastonia, NC; Peter (Celeste) Lindeman of Lookout Mountain, GA; Henry (Amy) Lindeman of Memphis, TN; Carolyn (Hartley) Hall of Nashville, TN, and 11 nieces and nephews. Through God’s providential mercy and grace, Dick was overjoyed to be able to meet his first grandchild, Charlotte Blair Kent, born to Ashley and William on August 23, 2018.

The family wishes to thank Hospice of Chattanooga and the many students of Covenant College who provided caregiving services to Dick over the years. A special thanks goes to his long-time caregiver Crystal Holt and nurse Mark Mollenkof. In addition, the family is eternally grateful for the countless friends, volunteers and fellow members of Lookout Mountain Presbyterian Church who have provided physical, emotional and spiritual support to the family for more than 20 years.

A celebration of Dick’s life will be held on Friday, March 8, at Lookout Mountain Presbyterian Church, with visitation from 10:30-11:45 a.m. in the Fellowship Hall, followed by a memorial service at noon in the Sanctuary. In lieu of flowers, contributions may be made to Hospice of Chattanooga, Lookout Mountain Presbyterian Church, the National Multiple Sclerosis Society, the Atlanta Youth Academy or the charity of your choice.

Arrangements are by Wann Funeral Home and Cremation Center (423) 821-7551. Please share your memories, stories and photos at www.wannfuneralhome.com