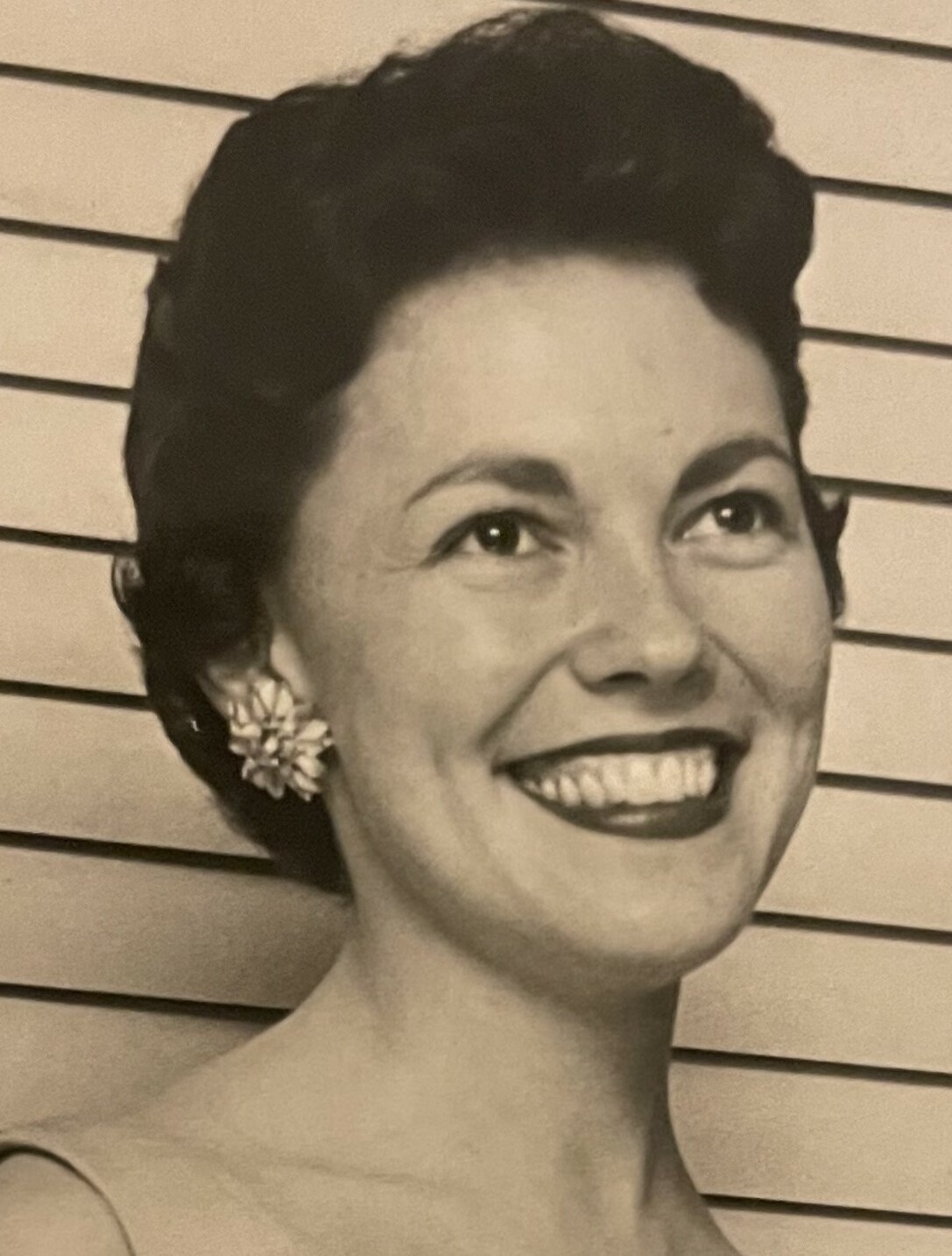 Please share a memory of Jacquelyn to include in a keepsake book for family and friends.
View Tribute Book
Jacquelyn Looney Sullivan, born August 10th, 1932 in Chattanooga, died July 19 in Holyoke, Massachusetts of complications from multiple sclerosis. She was courageous, fun loving, and beautiful. Jackie graduated from Chattanooga High School and attended the University of Tennessee at Chattanooga. Jackie sang like an angel every chance she got including with the Chattanooga Opera and in church choirs. Although she stopped singing professionally when her children were young, she taught her children never to give up what they love. She was a hard worker, first as a young woman at Provident Life Insurance, where she used her wages to buy her parents their first television and put herself through several years of college. As a wife and homemaker, she ran a busy household and managed always to keep a centerpiece on the table, her famous “cherry glunk” in the fridge, and all the Lego pieces in their boxes. It would have been interesting to see where she would have directed her creativity had she been born in a different time and place, but her children benefited from it via their beautiful art-and-antiques-filled home and wacky made-up games including Treasure Hunt, which involved piling everyone in the station wagon and taking turns choosing which way to go at each intersection. (This may explain the family’s poor sense of direction.) Jackie played bridge for decades with a large group of friends and quilted every Thursday morning for over 50 years at St. Paul’s Episcopal Church. She was a lifelong passionate reader of all genres who opined in her international family book club that was a gift from Covid and Zoom. Jackie met Terry, her husband of almost 50 years, at Chickamauga Lake where he made a big first impression by exuberantly rolling in the sand while sopping wet. They made a home and many lifelong friends in what is now called Old Town on Signal Mountain. Jackie later lived in Northcrest Estates and Creekside Apartments before moving in 2016 to Massachusetts to be closer to her daughter Suzanne. Although multiple sclerosis gradually limited Jackie’s physical abilities, it strengthened her soul and helped those around her see wholeness in things that appear broken. Jackie retained her deep commitment to family and friends, her love of sweets and good grammar, and her personality (her motorized wheelchair was hot pink). Her sense of humor remained intact also—when discussing her funeral plans, she cracked that she had never “warmed up to” the idea of being cremated. Jackie will be missed by her daughter Jas Milam and husband Cliff of Chattanooga and their children Max and Molly; daughter Suzanne Forman of Northampton, Massachusetts and her daughters Isabella, Odelia, and Saraphina; son Keith of Chattanooga and his daughter Zoe; sister-in-law Cindy (Sullivan) Oehmig of Brunswick, Maine and her children and grandchildren; niece Patti (Irwin) Smith and husband Bock of Knoxville, Tennessee. Jackie is also sad to say goodbye to the deeply caring staff at Holyoke Healthcare Center, especially Leslie Lebron. Jackie was predeceased by her husband Terrence Keith Sullivan, parents Era (Hill) and Henry Looney, sisters Kathleen Irwin and Lorena Deland, beloved aunt Bess (“Hunky”) McCrary who helped raise her, and numerous other relatives. An inevitable result of being among the last surviving members of one’s cohort is that there are few loved ones still around and able to make the trip to the funeral. If you’re reading this and are unable to express your condolences in person, please take a minute to honor Jackie by blasting a favorite song and wholeheartedly singing along. She would love it. The funeral is on Monday, July 25th at 11:00 at St Paul’s Episcopal Church with a reception immediately following. The private burial is at Forest Hills Cemetery. Arrangements are by Wann Funeral & Cremation Center at the foot of historic Lookout Mountain, St. Elmo. (423) 821-7551. To share memories, photos or condolences please visit www.wannfuneralhome.com.
To send flowers to the family or plant a tree in memory of Jacquelyn Sullivan, please visit Tribute Store
Monday
25
July

Look inside to read what others have shared
Family and friends are coming together online to create a special keepsake. Every memory left on the online obituary will be automatically included in this book.
View Tribute Book
Share Your Memory of
Jacquelyn
Upload Your Memory View All Memories
Be the first to upload a memory!
Share A Memory
Send Flowers
Plant a Tree