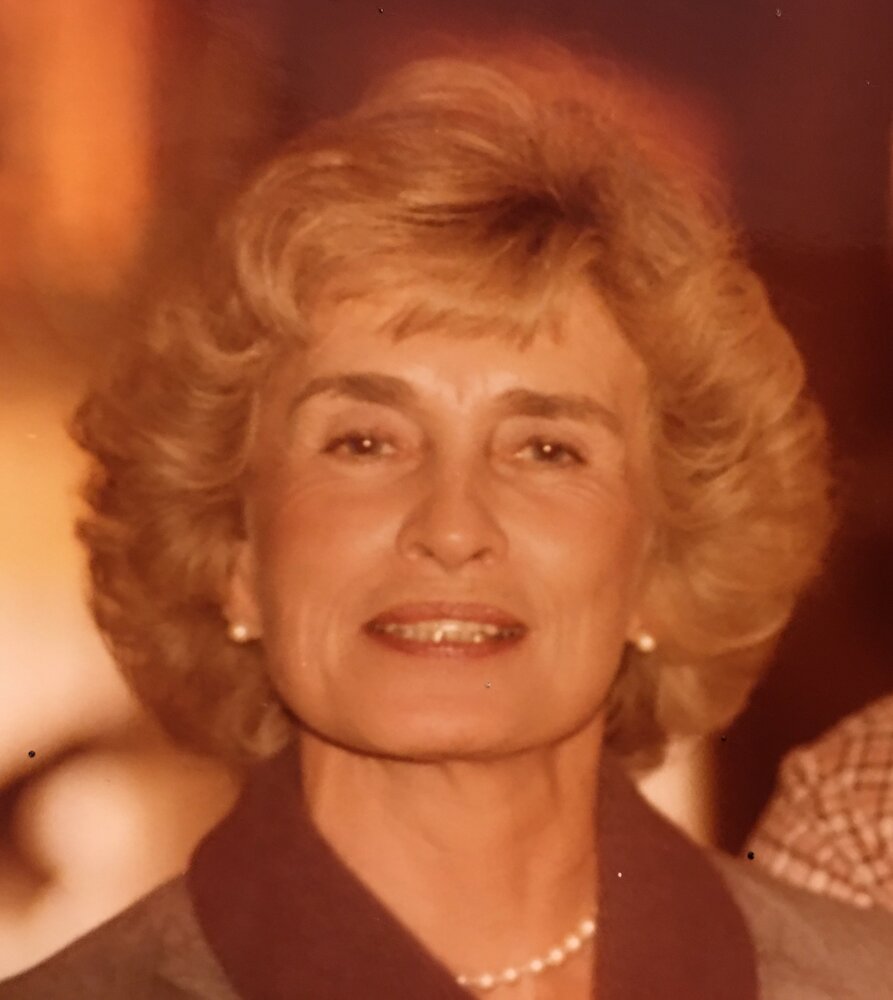 Please share a memory of Catherine to include in a keepsake book for family and friends.
View Tribute Book
Catherine Case Murray - devoted mother, teacher and friend - died peacefully in her home September 1 at the age of 97. She was born in Croton, Ohio, on October 8, 1923, and attended Miami University in Ohio, where she was selected homecoming queen in 1945. She married John Robert Murray in 1950, and lived in Akron, Sharon and Pittsburgh before moving to Chattanooga in 1963. Catherine devoted herself to her three sons until she felt they were old enough to care for themselves. Then in 1966 she went back to work as a guidance counselor for the Hamilton County Schools, and worked there for 37 years, most of it at Dalewood Middle School. She showered her students with the same wisdom and devotion that she had given her children. Her former students frequently credit her with keeping their lives on a happy and productive track. She retired in 2003, at the age of 80. After her marriage ended in 1975, Catherine built a small A-frame on the side of Lookout Mountain, surrounded by National Park, where she lived until the day she died. She remained active well into her ‘90s, and loved traveling — attending summer school at St. John’s College in Annapolis and Santa Fe, visiting New York for the museums and theater, and attending arts festivals ranging from the Charleston Spoleto Festival to the Oregon Shakespeare Festival. In the final years of her life, she never lost her positive outlook on life. She lived well, loved her family, helped hundreds of students find their way down life’s path, and left gifts that will grace the world for years to come. She is survived and loved by her three sons, Lee, Alan and Ned Murray; their wives, Hilda, Lori and Lucy Murray; six grandchildren, Erich, Kendall, Lucyann, Amanda, Miller and Evan Murray; Erich’s wife Sarah Murray; two great grandchildren, Case and Evelyn Murray; and her devoted friend and companion, Ulysses “Buddy” Sullivan. Arrangements are by Wann Funeral & Cremation Center, Chattanooga. (423) 821-7551 Share your memories, stories and photos at wannfuneralhome.com.
To plant a beautiful memorial tree in memory of Catherine Murray, please visit our Tree Store

Look inside to read what others have shared
Family and friends are coming together online to create a special keepsake. Every memory left on the online obituary will be automatically included in this book.
View Tribute Book
Services for Catherine Murray
There are no events scheduled. You can still show your support by planting a tree in memory of Catherine Murray.
Plant a tree in memory of Catherine
Share Your Memory of
Catherine
Upload Your Memory View All Memories
Be the first to upload a memory!
Share A Memory
Plant a Tree