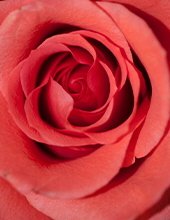 Please share a memory of Anita to include in a keepsake book for family and friends.
View Tribute Book
Anita Lynch Johnston, known to generations of mountain residents as “Aunt Nita”, died at her home on Lookout Mountain on August 30, 2021. Mrs. Johnston was an ardent conservationist and lover of gardens and forests. She was the widow of the late Summerfield K. Johnston, Sr., her much beloved husband, and she had a particular fondness for The Baylor School.. Mrs. Johnston was the daughter of the late Jane Wilcox Lynch and Carter J. Lynch, Sr. and the sister of the late Monsignor Patrick Lynch, the late Reverend Thomas Lynch, and the late Felix Lynch. She was also preceded in death by her step-grandson Summerfield K. Johnston, III and her niece, Jane Lynch Rowan. She is survived by her step-son, Summerfield K. Johnston, Jr. and wife, Gillian, her nephew Carter J. Lynch, III and wife Allison, her great nieces Cassandra K. Lynch and her husband Alan Baird, Sara K. Lynch and her husband Brendan Taylor, Erin Rowan Lake and her husband David Lake, Tess Rowan MacMorris and her husband Tyler MacMorris, and her great nephew, Timothy Rowan. She is also survived by her step-grandchildren Katherine Johnston Tudor, Lavinia Johnston, Robert Johnston, and Gillian Johnston, as well as numerous great great nieces, and step-great grandchildren. Mrs. Johnston was an alumna of Girls Preparatory School and Averett College. She was a volunteer for many years at Memorial Hospital, a member of the Junior League, the Garden Club of Lookout Mountain, the Lookout Mountain Golf Club, and St. Paul’s Episcopal Church. The family wishes to express its special thanks to Eddie Bowan and Patricia Gore, her long-time companions, and to all her caregivers during her latter years including Priscilla Blevins, Crystal Turner, Sheila Jones, Betty Lancaster, Myah Campbell, Hazel Kelly, Brandy Lane, and Lashonda Gonzalez. Due to the present COVID-19 situation, a memorial service will be anounced at a later date. In lieu of flowers, memorial contributions may be made to The Baylor School, 171 Baylor School Road, Chattanooga, Tennessee 37405 Arrangements are by Wann Funeral and Cremation Center, Chattanooga, TN 37409 (423) 821-7551. To share memories, photos or condolences please visit www.wannfuneralhome.com.
To plant a beautiful memorial tree in memory of Anita Johnston, please visit our Tree Store

Look inside to read what others have shared
Family and friends are coming together online to create a special keepsake. Every memory left on the online obituary will be automatically included in this book.
View Tribute Book
Services for Anita Johnston
There are no events scheduled. You can still show your support by planting a tree in memory of Anita Johnston.
Plant a tree in memory of Anita
Share Your Memory of
Anita
Upload Your Memory View All Memories
Be the first to upload a memory!
Share A Memory
Plant a Tree