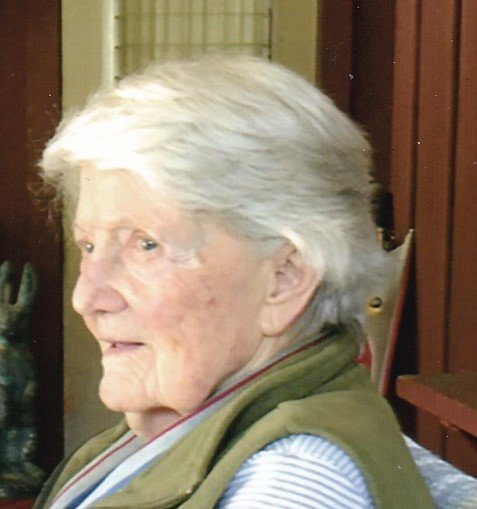 Jeanne Eakin Salyer passed away at her home on .  She was born to Joseph D. and Marjorie Bailey Eakin in .  She grew up in , the oldest of seven children in an old Middle Tennessee family.

She attended the , and graduated from the , where she was a member of Chi Omega.  She later received her Masters of Education from the .

Following graduation from the she married Robert M. Salyer of .  They married in . Following World War II they moved to and where she continued to reside.

During her life she and Bob were blessed with many life-long friends, travels and quiet times at their home in the woods.  You could find her in the garden.

She supported her family in times of great happiness and devastating loss in their successes and hideous mistakes. She could be caustic and hilarious at the same time.  She took care of her children, grand children and great grand children with the same energy and devotion.  Ever a devotee of correct grammar.  No one was safe from correction.  At the last, a smile and the word “wonderful” when told the day was her great granddaughter’s birthday.

She received love and support from her grandson Ford who made her wish to remain in her home possible. Hearth Hospice of Fort Oglethorpe also assisted and provided superior care for her.

“Now may the grace of the Lord Jesus Christ and the love of God the Father and the fellowship and communion of the Holy Spirit be with you always.

Graveside services will be held at a later date at .

In lieu of flowers remembrances may be made to Lookout Mountain Presbyterian Church or .

Please share your memories, stories and photos at www.wannfuneralhome.com.