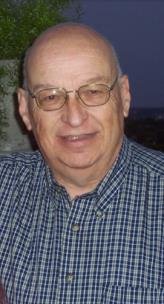 On Friday, October 11, Joseph Marshall Francis, Sr. took his last breath and entered into the courts of his Lord and Savior.

Rose, his bride of 56 years, his sons, Joe and Sam, as well as his daughter-in-law, Amy rejoice in his homecoming. He is also survived by his three sisters, Una Thompson, Sadie Fowle and Kay Dunlap.

Joe was born and raised in Conway, NC. He received his education at Conway High School, Chowan College and attended North Carolina State studying mechanical engineering. He remained a loyal Wolfpack fan, but did adopt the Tennessee Volunteers after living in Chattanooga since 1970. He also loved the Atlanta Braves and rarely missed watching a game.

Joe's memorial service will be held on Tuesday, Oct. 15, in the chapel at Lookout Mountain Presbyterian Church.

Any contributions should be directed to The Mercy Fund at Lookout Mountain Presbyterian or Hospice of Chattanooga.

To send flowers to the family of Joseph Francis, Sr, please visit Tribute Store
Share Your Memory of
Joseph
Upload Your Memory View All Memories
Be the first to upload a memory!
Share A Memory
Send Flowers