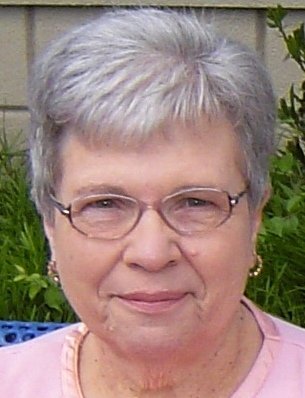 Jacquelyn Kay (Griswold) Ables, 78, entered into the eternal glory of her Holy Father on July 14, 2019. Jackie was one of five children and family was always very important to her, second only to her first love: her relationship with the Lord. Having grown up in Daisy, TN, Jackie attended Soddy Daisy High School and became a wife and homemaker shortly after graduating high school. Six short years after they were wed, she and her husband, Jim, welcomed their first son; six years after that, a second son completed their little family. Jackie stayed at home to raise their sons until the late 1970s when she began working in her sons’ school cafeteria so she could be closer to them as she was before attending school. She worked at Falling Water Elementary and Daisy Elementary, respectively, until the mid 80s when Jim’s health briefly declined where she took care of him until he received his successful heart transplant in February 1989. Jackie LOVED to camp in her camper. Many Springs, Summers, and Falls would find her and Jim at Chester Frost Park where they enjoyed camping with friends, boating, talking around the campfire, and playing Spades or Phase 10 into the wee hours of the morning.

Years later, their two sons started families of their own, which gave Jackie two wonderful daughters-in-law, seven grandchildren, and four great-grandchildren, all of whom Jim & Jackie loved dearly. Later in life, Jackie developed Alzheimer’s and while it may have robbed her of many of her memories, she always lit up and would say “there’s my man!” when her husband would visit her in the nursing home. Even with his own health declining, Jim was faithful and consistent in visiting his bride of over 58 years, until his passing in November 2017. Jackie also loved seeing her sons and daughters-in-law, but even more so seeing the grand & great-grandchildren brought great joy to her. She never lost her motherly or “Nana-ly” love for her kids, and it was more evident by the hugs & kisses she freely gave when they came to visit.

Throughout the years, Jackie attended the Daisy Congregational Church, Daisy First Baptist, and finally, Grace Bible Church in Hixson, TN, up until the time her Alzheimer’s became more severe. Jackie had a love & compassion for the shut-ins and people in the nursing homes and often visited church members, friends, and family unable to leave their homes or nursing homes due to health reasons; she was always a giver & loved people. Her family will be forever grateful to the great care provided to her by the staff at Laurelbrook & Standifer Place Nursing Homes; they truly loved and cared for “Aunt/Mama Jackie” like a member of their own family.

Jackie is loved and survived by her two sons, Pat (Kimberly) and Derrick (Angela) Ables; grandchildren, James, Ana, Heath, Cayley (Danny), Madison, Cooper, and Kensley; great-grandchildren, Noah, Eli, Canaan, and Cylas; all of which who loved her and will miss her terribly. Also, surviving Jackie are her brothers Rick (Mary), John (Ann), & Mark Griswold, and numerous nephews, nieces, and great-nephews/nieces.

Jackie rarely met a stranger & loved everyone that was in her life. She was a devoted and loving wife to Jim, a great mother to her sons and mother-in-law to her daughters-in-law, and the BEST Nana to her grandkids and great-grandkids. She left a profound impact on anyone that knew her; she will be sorely missed and fondly remembered by all that loved her. We rest in the comfort that those that are saved will see her again one day at that grand reunion.

Visitation will be Saturday, July 20, 2019, from 11:00 am to 1:45 p.m. at Legacy Funeral Home with Rev. Steve Atwood officiating the funeral services at 2:00 p.m. Graveside services will follow at Hamilton Memorial Gardens. Condolences and memories can be shared at www.legacyfuneralhome.com

In lieu of flowers, Jackie’s family respectfully requests that Memorial Donations be made to Chattanooga Alzheimer’s Association, Attn: Amy French, 7625 Hamilton Park Dr. Suite 6, Chattanooga, TN 37421 or https://www.alz.org/tn?set=1 and you may honor the donation in the name of their sweet Mama, “Jackie Ables.”

To send flowers to the family or plant a tree in memory of Jacquelyn Ables, please visit Tribute Store
Saturday
20
July