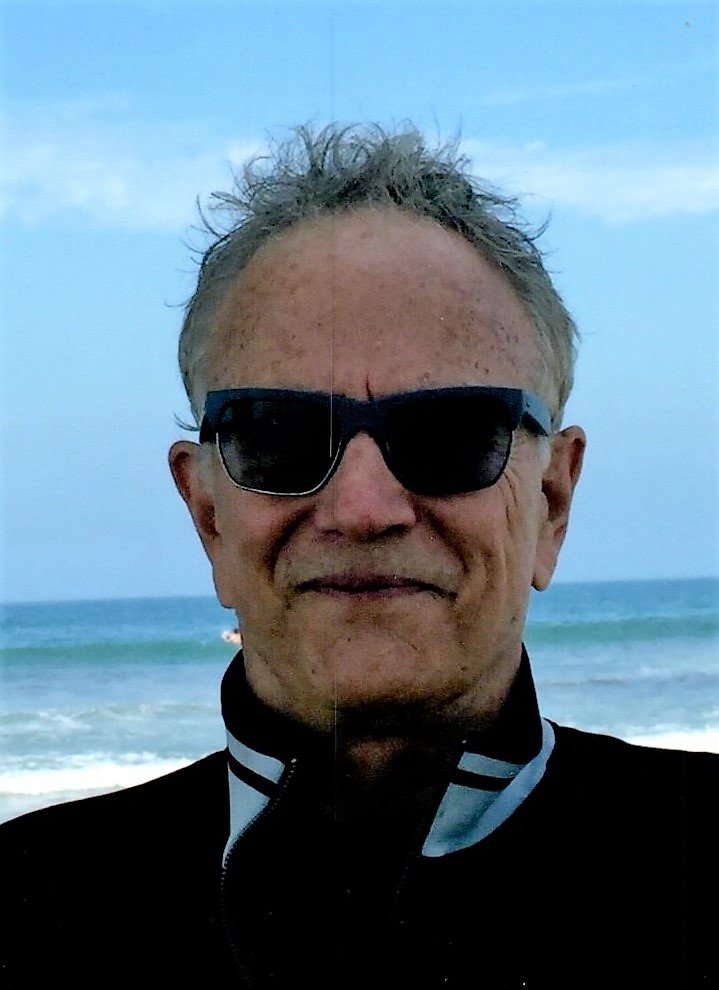 Avery Duff, author, screenwriter, lawyer, and all-around great guy, died January 21, 2019, in the Los Angeles area, where he had made his home for the last 36 years. The cause was an unusually virulent cancer and his ordeal was brief. He was 68.

Born in Chattanooga to the late Frank F. and Beck Avery Duff, he had a remarkably bright mind. He graduated from The Bright School, skipping the first grade, in part because his older brother, Frank, helped him memorize the "See Dick Run" books that all children of his generation cut their reading teeth on. He graduated from The Baylor School at age 16, went to the University of North Carolina at Chapel Hill, where he was Phi Beta Kappa in his junior year. From there he entered Georgetown University School of Law, returned to Chattanooga, where he joined the law firm Witt Gaither Whitaker and was later made a partner.

But the law was not Avery's calling. It served as an intellectual outlet, but not a practical one. Out his fascination for the cinema and his desire to execute a complete 180, he moved to Los Angeles and enrolled in screenwriting school in early 1983. He wrote and directed numerous, small distribution films until co-writing the enormously popular big screen hit, Takers, in 2010. It remains one of the most notable heist films of this century.

Well-traveled in his younger days, he grew increasingly impatient with the hassles in his older years, surprising all his friends when he announced an extended trip to Thailand. He spent six months in Bangkok, absorbing all the exotic customs and flavors and attending a Thai language school, which he described as "very difficult."

Always working on a book or screenplay, Avery later amazed all upon his return to the states revealing that he had engaged an agent and sold the first manuscript in what would become the Beach Lawyer franchise, that will conclude this summer with the publication of the third book, The Boardwalk Option, posthumously. The books are published by Amazon, the largest publishing house in the world and the first two, Beach Lawyer and Boardwalk Trust were listed on the company's bestseller list. In an email to his East coast agent, Avery noted in the Spring 2017, "It's still sinking in that I'm not beating my head against the wall as a writer because you believed in my material and me." To be a published author at age 65 was a heady experience.

In addition to having a well-honed brain, Avery was razor sharp, clever and funny. He devised nicknames for all his family and friends. There were Junebug, Pink, Cooch, Daggy, Mule, Buster, Big Foot, the Kid and so on. He loved devising fictitious escapades in which these characters battled an evil force, or a favorite dog became a famous economist. At times, talking with Avery was like journeying to a wonderful, make-believe paradise where it was always like living in a parallel universe inside an epic Marvel comic book.

Avery had a secret side few knew about. He truly loved great causes. In his younger years in Chattanooga, he was, like several of his contemporaries, a founding member of Landmarks, a non-profit in the 1970s and early 1980s that fought to preserve older buildings and homes in the downtown and Fort Wood areas. He took the commitment a step further. While his likeminded friends bought homes on Missionary Ridge and in St. Elmo, he bought homes in endangered Fort Wood, and was a pioneer of sorts in preservation. In the last years of his life, Avery took a keen interest in the Union Rescue Mission of Los Angeles, its oldest and largest emergency shelter that has served people experiencing homelessness since 1891. In his will, he bequeathed an important gift to the agency, once again emphasizing the seriousness of home and history to him.

Memorial contributions may be made to the Duff Family Scholarship at The Baylor School, 171 Baylor School Road, Chattanooga, TN, 37405, the Union Rescue Mission, 545 S. San Pedro St., Los Angeles, CA, 90013, or a charity of your choice.

A celebration of Avery's life will be held here in the near future.